An action-packed MMORPG set in the Marvel Universe 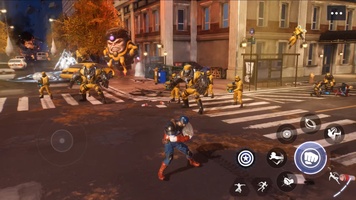 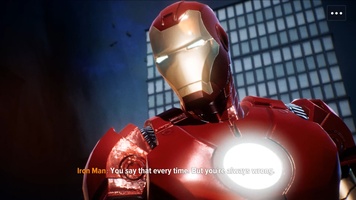 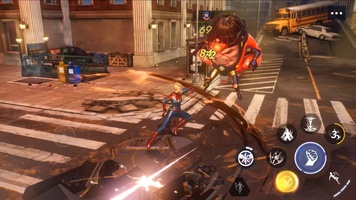 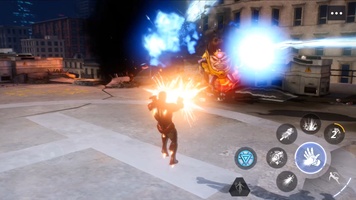 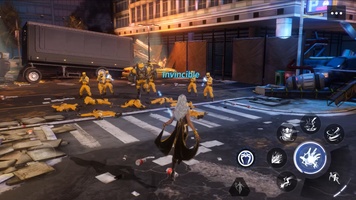 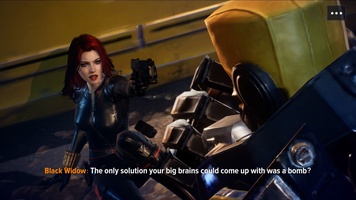 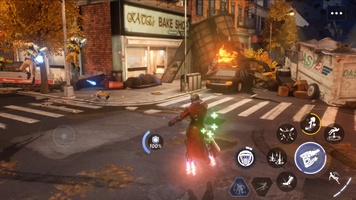 Advertisement
MARVEL Future Revolution is an MMORPG that combines traditional elements from both action games and open world games. The result is an action-packed title where you'll be able to move through huge settings with total freedom, alongside other players. You'll be able to play both with friends and with other random players.

The controls in MARVEL Future Revolution are similar to other action-centered games, especially most Android MOBAs. On the left side of the screen, you'll have the virtual movement stick, which you can use to move your superhero; and on the right side you'll have all the action buttons that you can use to attack and use your special abilities.

It's these special abilities that make MARVEL Future Revolution so much fun. Each one of the characters in the game has completely different abilities from the others. With Captain America, for example, you'll play in a totally different way than with Starlord or Spiderman. You'll need to master your best skills in order to emerge victorious from the most challenging confrontations.

One of the things that's really interesting about MARVEL Future Revolution is that it has a story mode that was written specifically for the game. This means you get to watch tons of narrative scenes that tell you about what's happening throughout the Marvel Universe. Your actions and your victories are what make the story advance. Of course, the more you advance, the more levels you'll need to have.

Overall, MARVEL Future Revolution is an excellent MMORPG. Not only does it have spectacular graphics, but also a charismatic cast of recognizable characters, an original story mode, and a cinematic and fun combat system. In short, it's an outstanding title that Marvel fans are sure to love.
Reviewed by Andrés López
Advertisement

Why is this app published on Uptodown?
(More information)

Kritika: Chaos Unleashed
Bring down chaos and destruction on your enemies
Eternium Mage And Minions
Put on your armor, grab your sword, and get ready to fight
Dungeon Hunter 5
Immerse yourself in a dark world of demons
Dungeon Legends
The hottest action RPG on Android
Unison League
Experience intense battles in this action RPG
Portal Quest
Put together a team of heroes and wage battle against your enemies
Epic Conquest
A cute ARPG with an anime aesthetic
Tokyo Ghoul: Dark War
A role-playing and action game inspired by this popular manga